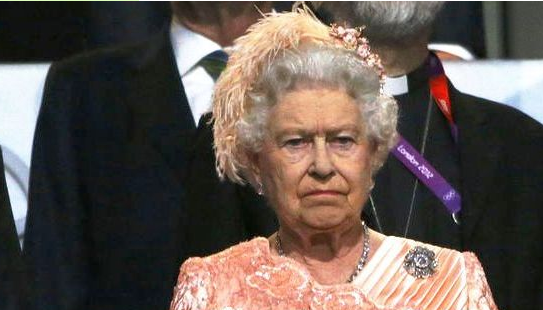 When it comes to faces we see on a daily basis, this lady kind of trumps them all – apart from our own reflections of course.

If she’s not in your back-pocket making up the ‘head’ side of your loose change, you’re licking the reverse of her head to send post. We’re ever so familiar with Her Majesty, but we’re not ones to take such an iconic face for granted.

The only time I’m called royal is when I’m being a pain in the arse. Meaning I don’t have any first hand experience with Britain’s most prestigious family. However, when you’re reppin’ the country, handling corgi bills and have to put up with the recent moronic decisions politicians and your public have made – you’ve got to feel the pressure somewhat. Not to mention hearing your grandson has made the news – only fearing it’s for the wrong reasons. Sure Harry’s stint in Vegas was a couple of years ago now. But poor old Lizzie – she remembers it like it was yesterday.

Let’s not forget, she’s a great-grandmother. You try accepting you’re the glue to the three generations of family beneath you. Of course it’s going to make you feel your years. And quite frankly, with all the forced smiles she’s had to pass on to the world over her reign – her face, more than anyone, deserves some down time. I can’t imagine how sore those cheeks of hers must be.

We salute your neutral expression Ma’am. And we’re well aware that whilst appearing royally peeved off, you’re probably just throwing back to the polo game in the summer of ’92. What a hoot one had. Or just wondering whether Jeffrey is going to put on a spread of quail’s eggs for breakfast tomorrow morning. It’s all relative.

On the contrary she’s got a lot to be smug about. She owns a palace, is the only person in the UK allowed to drive without a license and travel without a passport. Plus, she has a pet Jaguar she keeps at London Zoo. Casual. So when you next see our queenie looking as though little George and Charlotte have just scribbled all over her draft for this year’s Christmas speech, let’s just give her face the benefit of the doubt it so rightfully deserves.